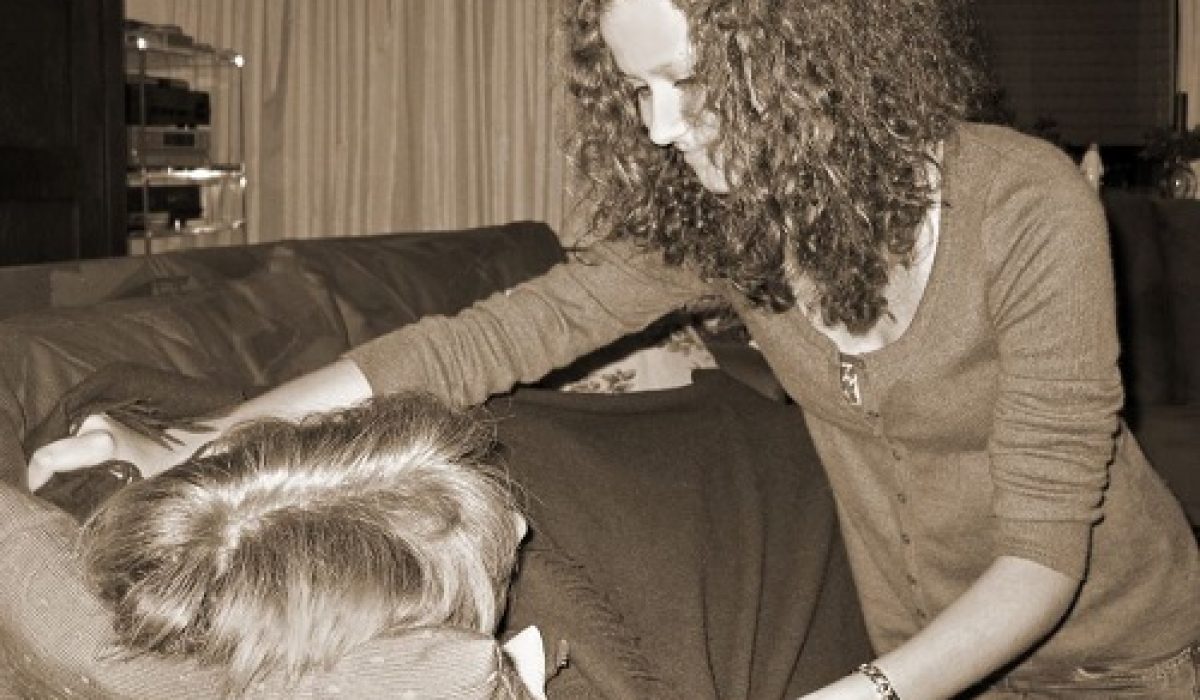 Looking after an elderly relative can be one of the most challenging things a woman can experience. Things can be particularly difficult when it’s an aging parent because the roles are suddenly reversed. Children rebel against the idea of having to look after their parents, and parents hate the fact that they’re helpless and a burden on their offspring.

Many people struggle with this situation, but help is at hand. Here what to do to stay sane while caring for an elderly relative.

Looking after an aging parent isn’t just physically and emotionally draining, it can be spiritually draining too. Just waiting out the clock for the inevitable can take its toll on even the hardiest of souls. In times like these, it’s good to turn to some form of introspection and meditation. This helps to refocus the mind on something external to itself or nothing at all, offering some respite and serenity in amongst all the chaos. Whatever you’re struggling with right now, it can help to realize that the world is bigger than you and that there is an enormous universe out there, of which you are but a tiny part.

Take Some Time To Have Fun

What’s the first casualty when you start looking after an aging parent? Usually, it’s fun – you know, that thing that you used to have in your life when all your energy wasn’t focused on your next chore.

Fun is the great antidote to the struggles of looking after an aging parent, and it’s a great opportunity to escape from the worries of elder care and to relax and enjoy something different. It doesn’t matter exactly what you get up to. You can rent a Rambo movie – if that’s your thing, play frisbee down the park, go shopping with the girls, read a book, take a nap or wind up your next door neighbor –  so long as it’s fun. Seasoned carers often look to have fun with the elderly relatives that they are caring for. Sometimes going on holiday can help, just for the change of context. Often, seniors get frustrated with having to spend every day in the same room, watching TV and doing cross-stitch. They want a bit of excitement in their lives too, but often, they’re not very good at putting their finger on what’s missing. Mix things up with a change of scenery. Head to the beach, or rent out a holiday apartment in another state – just do something different.

Talk To Your Friends

Everybody looking after an elderly relative needs somebody who they can talk to to “unload.” Just being able to talk to somebody and tell them how you feel can be a lifesaver. All too often carers go for months, if not years, without seeing their friends, and that means that they often lose perspective on their situation. An elderly relative could be particularly demanding, both emotionally and physically, but an isolated carer might not realize that she has taken on too much responsibility or that her relative is behaving in an unreasonable way.

It’s a good idea if you’ve just recently got started with caring for a relative to get in contact with your best friends. Tell them that you’re going to be relying on them to help you through difficult times and that you need them to be there for you when the going gets tough.

Take Care Of Yourself Too

It’s often too easy to give up all of your time and energy to caring for your aging relative. But this serves neither you nor them. Failing to take care of yourself means that you’ll reduce your own life chances, be less physically fit, and be in less good of a position to do all of the hard physical work involved in care. It’s better for your aging parent to have a healthy career than it is for them to have one that is in as much need of help as they are.

Make sure you continue to do things like take care of yourself by taking walks, going to exercise classes and taking some time out for yourself every once in awhile. This time apart will help you rejuvenate your spirit so that when the time comes to get back into the care routine, you’re ready. Your life needs to be just as much about you as it is about your parent.

Get Help With Transport

Many carers spend months trying to transport their aging relative to various destinations without adequate equipment. Transportation is difficult, especially when you constantly have to wrestle to get wheelchairs in the trunk and help your relative back out of the vehicle, once you reach your destination. Today, though, there are plenty of medical transport services available to help carers. These firms provide transportation services to help get elderly people to the doctor’s office for appointments with a minimum of fuss.

Transporting an elderly relative from one location to another is one of the most challenging parts of being a carer. So having some basic support in place can be a real help in times of need.

Prepare Yourself For Sibling Insanity

Most sibling relationships are a little thorny. But things can quickly go from bad to worse when an elderly parent is about to die. Siblings can flip out and start worrying about everything, from the furniture to the family heirlooms, to the will.

It’s a good idea in these situations, at least according to blogger John Shore, not to get involved in these panics. He says that carers should protect themselves: no amount of money is worth their dignity, or indeed, their sanity.

Love The Health Care Providers In Your Life

When you’re looking after an elderly relative, it pays to be nice to the people who are supporting you. Nurses, doctors, social workers and physical therapists are a resource, which if treated properly, will respect you and help you out when you need it. Make sure that you treat all of the medical staff with whom you come into contact with the utmost respect, dignity, and admiration – unless they’re terrible, of course.

Ultimately, playing nice doesn’t just help you, it helps your parent too. The happier health workers feel around you and your relative, the more likely they are to provide quality care, be enthusiastic about your case and offer support when you need it. Being kind to health professionals isn’t just about being polite. Look for opportunities to give gifts here and there: the more you give, the more you’re likely to get in return.

If your parent has loved you all their life, but suddenly, now that they’re old, they’ve become rude and abusive, it’s probably not just them being cranky. More likely, it has something to do with age-related decline in their brain, whether it’s Alzheimer’s or something else.

As their daughter, you know the difference between their emotional and cognitive dysfunctions very well, since you’re probably used to their emotional character having spent so much time with them over the course of your life. Cognitive dysfunctions, resulting from cognitive decline, are most likely to show up as behaviors you haven’t seen before. If something new comes up, put it down to them getting old and move on. When you’re stuck looking after an aging parent, they suddenly lose the one thing that they always had over you in the past: authority. But now that they’ve lost a good chunk of both their physical and mental capabilities, you’re in charge, and it’s infuriating. Authority isn’t something that many parents find easy to give up. So it’s worth preparing in advance, for the fact that they’ll probably lash out at some point.

Make Them As Autonomous As Possible

It’s always a good idea to get aging parents to do as much “stuff” as they can. Studies have shown that when the elderly have to look after themselves, their health markers actually start improving. Things like blood pressure go down, and other things like muscle strength and cognitive function go up.

Offering parents the maximum autonomy possible, therefore, is a good idea both for them and for you. If you can, try to steer clear of giving parents direct orders. Let them decide all of the details of their care routine, within reason, as this will provide them with a sense of agency and make them less prone to random bouts of rage.

Get Comfortable With The Fact That Things Have Changed

Perhaps the hardest part of all for carers is the fact that things change. Many daughters looking after elderly parents mourn the loss of the relationship they used to have with them when they were younger. In this brave new world, the old rules don’t apply. Old ways of dealing with problems probably don’t apply either, and neither might old emotions.

As a carer, you shouldn’t expect anything emotionally from your parent, including them expressing their love or affection for you, especially if this hasn’t happened so far. Don’t have expectations, then anything that does happen is a positive.