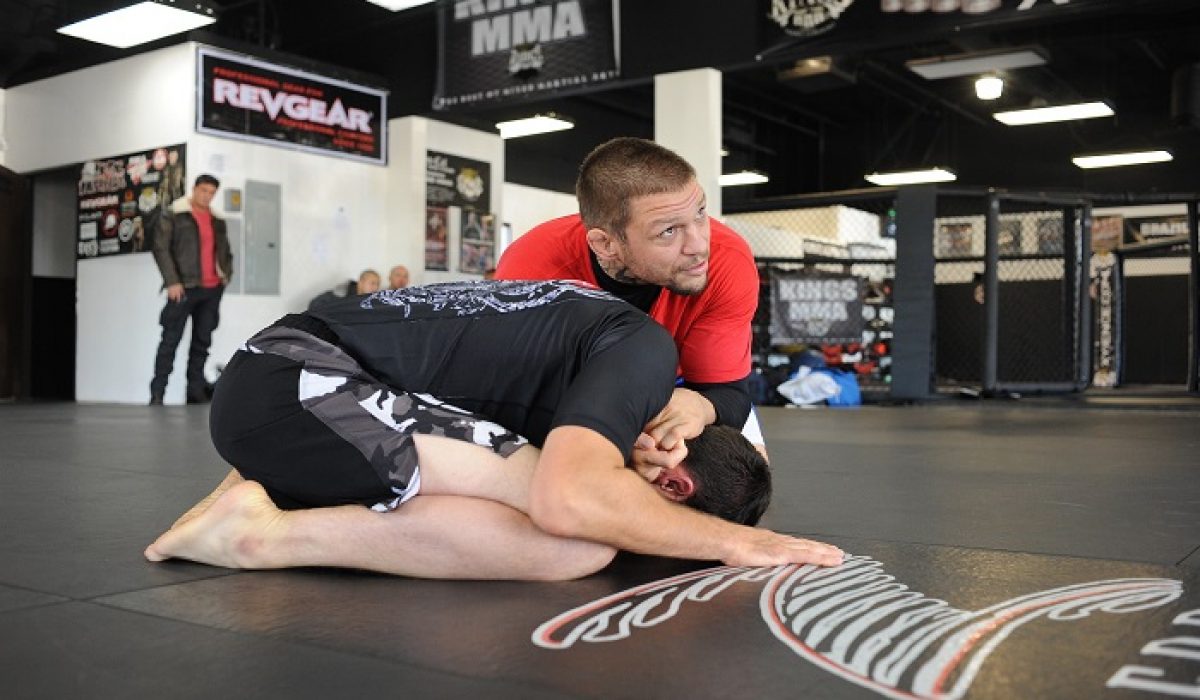 The transition from a wrestling background to MMA gives you the benefit of having a strong base already. Wrestling and MMA are alike based on many common things like controlling and dominating your opponent. Techniques and practices learned in martial arts are great and will give you benefit in MMA. It is recommended that you should at least try some other martial art once. It benefits you in your own discipline as well. Also because of the popularity now might be the right time to put some MMA shorts on and try MMA for once. Follow these tips if you are also planning on transitioning to MMA from wrestling.

Learn to Guard and To Get Past

As a wrestler coming into MMA guard is the position that will stall you the most. This is when your opponent can take great advantage and the game might even end sooner. Holds and chokes of which a wrestler will have no knowledge to defend oneself against are trouble. The next thing you should be doing is to learn how to guard yourself or take an opponent safely into your guard. Cutting down your opponent’s mobility will help save your energy you would be spending on submission holds. Learn strikes while stacking and watch out for leg locks!

This can be counted as the most important and needed skill for wrestlers transitioning into MMA need to learn. Not just guarding themselves but how to break and get past a guard.

If you are planning on coming to MMA you would already know, MMA is short for mixed martial arts. Meaning the more disciplines of martial art, you know and have a good grip on the better MMA artist you are. Begin a master of one will not take you anywhere. However, the first focus should be master at least, one striking style. Then focus on grappling and so on to learn as many styles as you can. Usually, artists have good knowledge of two forms with some techniques from several disciplines. You’ll meet fighters with the same transition, so hope on having an upper hand. In fact, there can be ones who are better than you.

Practice with the Best

Don’t be shy or fearful of better MMA artists and spar with them. Doing so will expose your weaknesses so you can work on perfecting those, you will have a lot to learn from them, and you can set a goal to be at their pace and level. This will help you in making a better and smooth transition teaching you more during the training and sparring. But don’t ever rely only on them to learn the new techniques. Learn from wherever you can, videos, partner, and your trainer are some sources. Now put on those MMA gloves and find the best one to give you best.

Embrace BJJ as well. As you already have wrestling knowledge and have to learn grappling and chokes as well as why not learn BJJ. Striking, grappling, and submissions combined with wrestling knowledge will make you an explosive artist. Grappling is a huge part of mixed martial arts and you can dominate your opponents only with BJJ. However, it will not last for long and you have to focus on becoming a mixed martial artist and not a BJJ artist.

Clinching is also very helpful. Dirty boxing will give you more to throw at your opponent. Aim on becoming the best version of yourself, don’t try to be second Randy Couture, etc. Having ideals or favorites will motivate so do that. Don’t give up and just keep on rising up. See you in the ring!