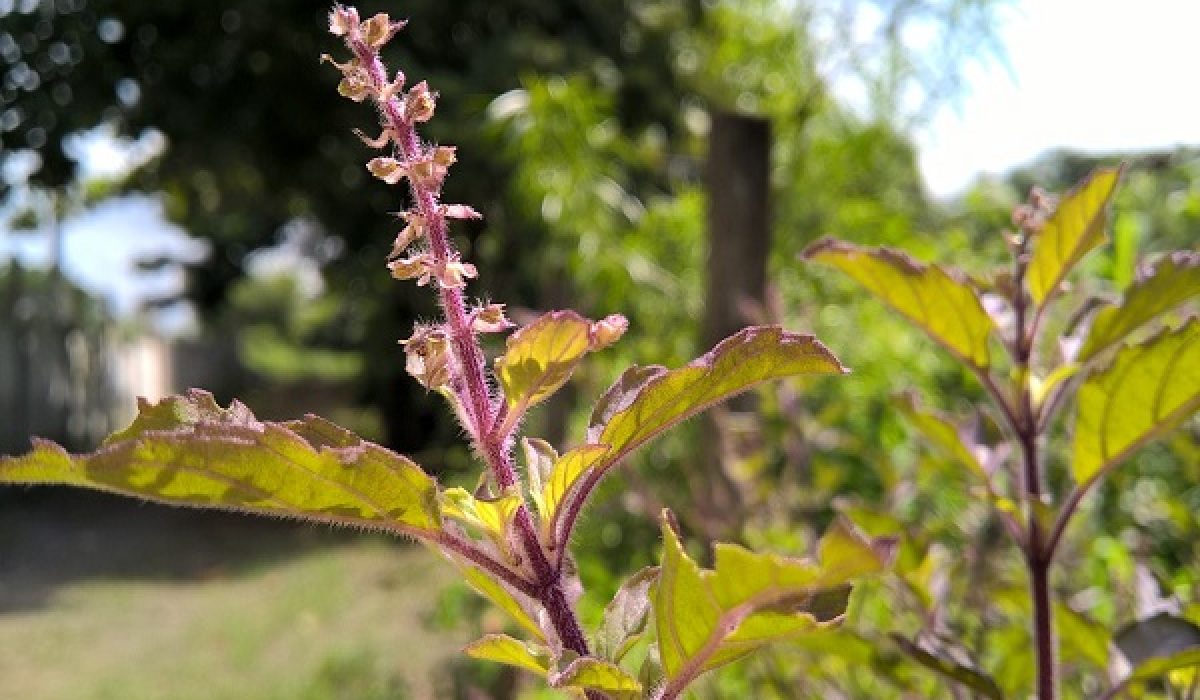 It is common knowledge that the brain is the hub of all vital bodily functions. How well you take care of it will determine how well your body will function. Albeit the capacity and intricacies of the human brain are a mystery yet to be unraveled, taking care of it is really not rocket science. Improving the health of your brain is essential to fostering an ultimately happy life.

Considered as an adaptogen, a natural substance which aids your body adapt to stress and promotes mental balance, holy basil is a green leafy plant that can do wonders to the brain. The adaptogen concept uses a holistic approach which can be seen in the way the pharmacological properties of holy basil help your mind cope with the various types of stress. A study titled published in the Journal of Psychopharmacology has revealed a number of interesting facts about how the ancient Indian healing spice turmeric can help improve brain health. The study shows that curcumin, the principal golden-hued polyphenol found in turmeric, has the ability to improve cognition and mood in elderly adults aged 60 to 85 when administered in varying dosage schedules, such as short-term, chronic, or short-term-on-chronic.

With 60 healthy adults involved during the experimentation process, the study reveals that a single 400-milligram dose of solid curcumin formulation, also known as Longvida®, improves performance on sustained attention and working memory tasks by a significant amount compared with placebo. Interestingly, the results were gathered only a mere hour after the dosage was administered to the subjects.

Furthermore, after a chronic treatment schedule lasting four weeks, the findings showed an improvement in working memory and mood. In the final stage of the study, the subjects were administered with an acute-on-chronic treatment, garnering improved results in alertness and contentedness.

The Neuropsychology Laboratory at the School of Biophysical Science and Electrical Engineering in Australia conducted a small, double-blind, 12-week study which required a group of volunteers to take 300 milligrams of brahmi, or Bacopa monnieri, daily while another group received a placebo. Before the study began, researchers performed visual information processing, memory and speed of information processing tests on all volunteers.

As soon as the study commenced, the tests were repeated five and 12 weeks after, tracking the volunteers’ performance. It was found that the volunteers in the bacopa group had a significant improvement compared to those in the placebo group. Based on the results, the researchers arrived at the conclusion that bacopa has the ability to improve higher order cognitive processes which rely heavily on the input of information from yoursurroundings, including learning and memory.

If you consider your memory to be below average in performance, you may want to consider growing rosemary in your backyard (or possibly investing in some diffuser oil). It has been discovered by researchers at the Northumbria University that, for older people, simply being in a rosemary-scented room improves memory by 15%. They have also revealed that drinking peppermint tea can enhance long term memory and alertness. Although, according to experts, the difference is a bare minimum, forgetting to take medication or not could mean life or death to the person involved.

Gotu kola, considered as a top rejuvenating Ayurvedic herb, is widely known for its amazing ability to increase brain power. As one of the great herbal stimulants for memory and other cognitive functions, this “brain tonic” can help improve mental alertness, intellectual performance, and the ability to focus or concentrate. In certain locations in India, gotu kola is hailed as “the most spiritual of all herbs.” Due to its powerful “mind-clearing” attributes, it is also used by yogis to enhance meditative states. Native to Eurasia and the Mediterranean, oregano, or Origanum vulgare, is an essential herb in the kitchen. Also known as Wild Marjoram or Spanish Thyme, it plays a major role in the Mediterranean diet.

It has been discovered in a study published in the British Journal of Nutrition that oregano has the potential to enhance mood due to its active compounds, thymoquinone and carvacrol.As part of the experimentation process, researchers administered capsules of varying dosages of oregano extracts to a group of 20 young men between the ages of 18 to 45. The subjects received the extract twice a day for five days, causing a considerable increase in their alpha-1 and beta-1 brainwaves. Interestingly, alpha-1 brainwaves are proven to induce relaxation, reduce anxiety, and improve learning and concentration in a person.

Keeping your brain healthy and alert is your responsibility and not something to be taken for granted. Be sure to incorporate these six herbs into your diet so that you can ensure a brighter and less forgetful future.