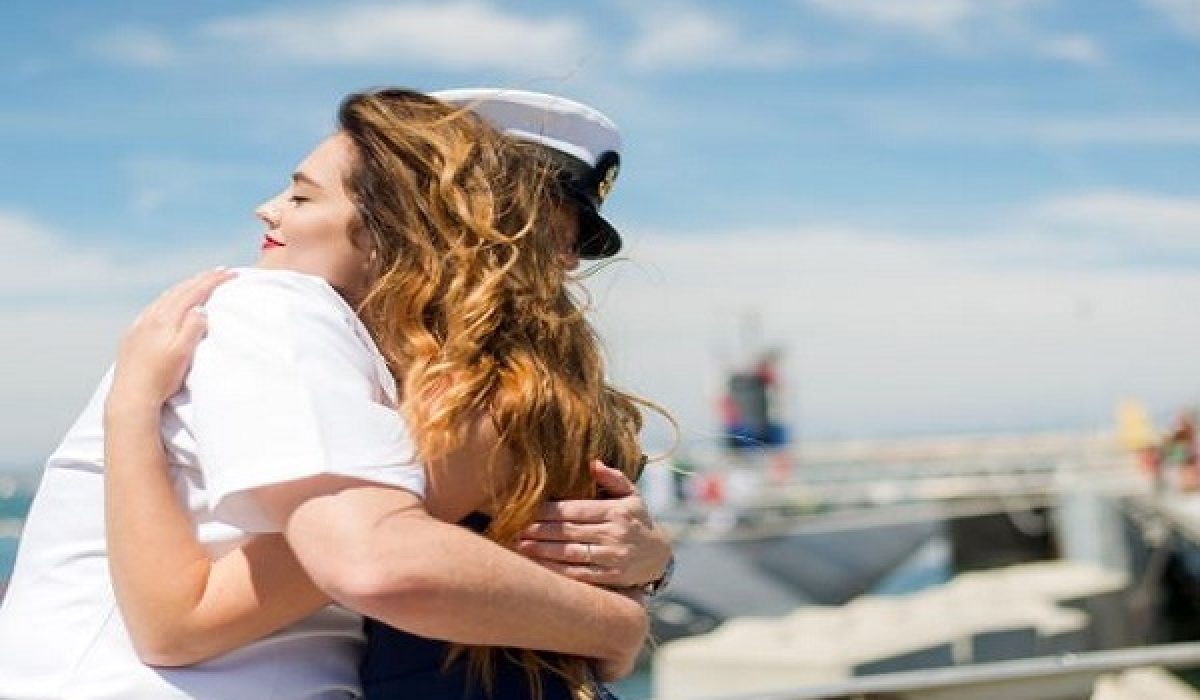 Deployment isn’t easy for anyone. It’s the job itself. It is a date far off in the future and then suddenly right before you, and then he’s gone. He could be gone for a few months or a few years. Now you’ve got to hold the pieces together while he’s gone. This is difficult for the newly married couple—he’s got to be without you, as well.

He’s out there either on some unappealing base or perhaps in the midst of the combat. You’re at home, and you’re alone. Oh, there are friends, and you’ve got a lot of free time, but it’s empty. How do you deal with this situation? Well, do your best to prepare mentally. Expect the worst and hope for the best.

A good first step is to maintain regular contact as best you can. He’ll have time to call every now and again. You will be able to see him occasionally. Maximize those moments, and keep your love alive through the mail as well. Send him letters, actually, develop some film—or send digital photos to be produced.

Be open in your writing, he’ll do the same. A letter can help you pass the time, and strange as this may seem, you may find you actually become somewhat closer—albeit in a way you’d rather prefer not to have to endure—through the ebb and flow of protracted correspondence.

You’ll come to look forward to his letters, and you know he’ll look forward to yours. As the two of you endure the separation, when he comes home and you are reunited, it will be like the honeymoon all over again. You’ll have such cycles multiple times throughout a career military man’s tenure with the forces.

A Period Of Life

One thing to keep in mind is that most men only serve in the military for several years, and this will only be a period in your life. Another thing to remember is the service your deployed husband is doing for you, the country, and perhaps even the burgeoning family that the two of you have brought into the world.

It could be worthwhile to memorialize that service with a challenge coin. Embleholics defines a challenge coin as: “…a coin that quite literally ‘Breaks The Mold’ and which looks far different from many of the formulaic, mass-produced, or otherwise unremarkable coins available elsewhere on the internet.”

You can have one made while he’s away, and present it to him on return. Often in the military such coins are presented for the attainment of a certain position, membership within a certain group, or simple recognition. You’ll strike a chord with him this way, it will mean a lot. And it can stand to memorialize your own feelings on the matter.

Maximize Your Time Together

When he does get home, you definitely want to maximize the time you have together. Here’s a list of ten ideas to help you make the most of your time. He’ll usually be back for a few months, so you’ll have some time. And he won’t have to work, necessarily; which means you can have some adventures together.

The truth with any marriage is that there will always be ebb and flow. There will be times of goodness and times of conflict. A certain level of ebb and flow is healthy, but you don’t want to be caught in the discord cycle when he’s at home. Also remember that he may have been through an ordeal, and may very much need you.

He’ll be away again soon, and you’ll want to keep the flame alive as best you can. But something to remember is that when you have a long period of separation like this, you must keep yourself busy with something. It’s a great time to audit a college course, or perhaps take a class.

You can pursue projects, get involved in social groups, exercise, learn an instrument—there are quite a few possible pursuits. If you have young ones, you’ll likely be very busy keeping them in line. The point is, you’ve got to keep yourself occupied with something. Get into a regular routine, and be as productive as you can.