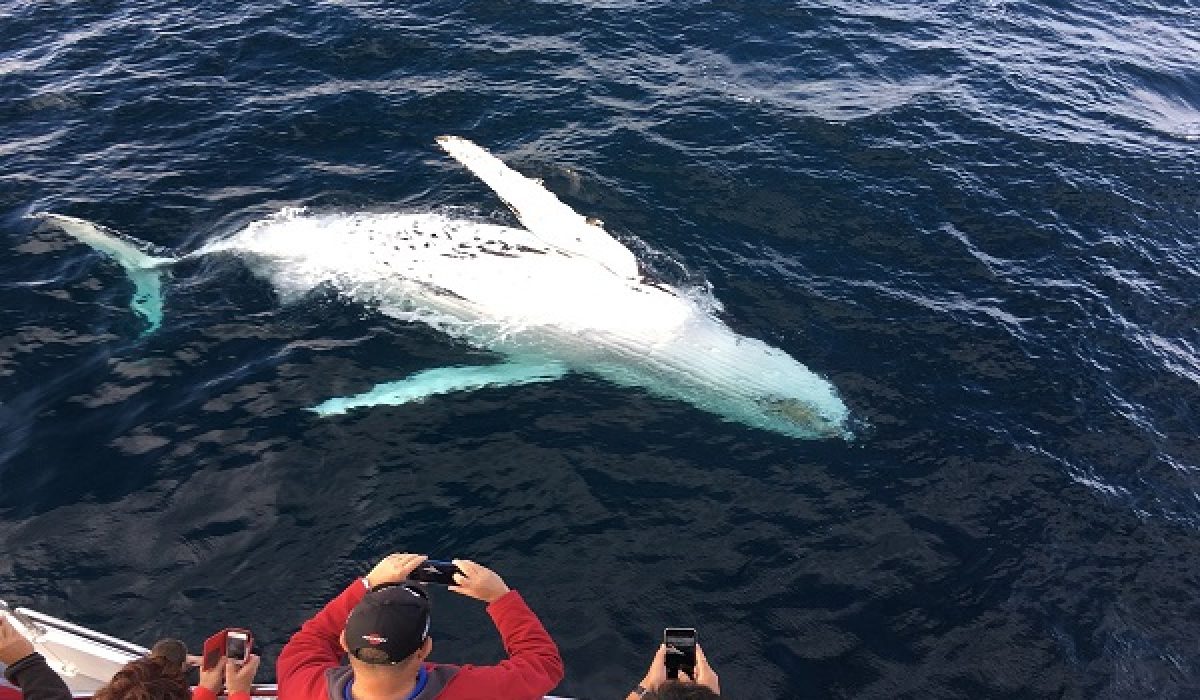 Migaloo is an all-white humpback whale that is well-known all over the world and celebrated immensely in Sydney, Australia. Migaloo was first sighted in the year 1991 on the 28th of June, passing Australia’s most easterly point – the Byron Bay. The reason why Migaloo was given that name is due to the fact that the name means ‘white fellow’ in the Australian Aboriginal community in Queensland.

Although Migaloo is white all over, it hasn’t been classified as an Albino whale due to lack of evidence, hence Migaloo is currently known to be hypo-pigmented. The all-white humpback male whale now has a large following and a continuously growing popularity.

A Few Facts about Migaloo

All whales currently dwelling in the Australian waters migrate to feed themselves and their young, as well as to breed. During the season of summer, humpback whales in the southern hemisphere take to Antarctica in order to feed themselves and their calves. The annual migratory route begins in late autumn, during which they travel to the warmer tropical waters of the Pacific Ocean, returning to the south in spring. To celebrate this migration, special whale migration tours are organised for tourists, every year.

Get a Chance to See Migaloo

This migration season has a lot of whale watching communities giving out packages for various whale migration tours. While there are hundreds of people currently signed up to witness Migaloo’s appearance, you too can be one of them to witness it this year.